Established in 1870, incorporated in 1953, and located at an elevation of 6,412 feet, Show Low sits in the largest stand of Ponderosa Pine in the United States. It is 175 miles northeast of Phoenix and 195 miles north of Tucson. Show Low offers panoramic views, good fishing in mountain lakes and streams, and miles of wilderness for hiking, camping, cycling, horseback riding and downhill and cross-country skiing. It also features unique shops and fine, as well as casual, dining at many restaurants. The City also provides a broad range of Recreational Facilities.

Show Low received its name when C.E. Cooley and Marion Clark decided there was not enough room for both of them in their settlement. The two men agreed to let a game of cards decide who was to move. According to the story, Clark said, “If you can show low, you win.” Cooley turned up the deuce of clubs and replied, “Show low it is.” 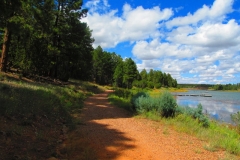 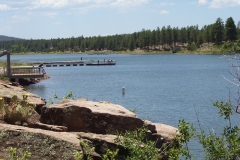 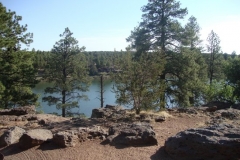 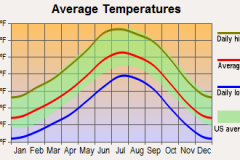 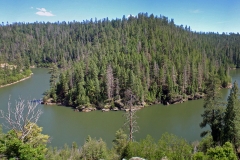